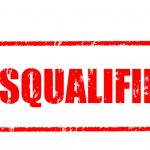 This sentence got to me this morning…

Saul undoubtedly felt the pressure of the battle. The enemy’s army was HUGE. Can you imagine the stress…trying to hold it all together as the leader of an army that is outnumbered. He became impatient and he took matters into his own hands, which wasn’t what God had instructed.
This act of disobedience would change his life. “Would have” is a key phrase here… if you Would Have been obedient, the Lord Would Have established your Kingdom over Israel forever.
Disobedience is no joke. It’s not something we can pick and choose depending on the situation. It’s sometimes very difficult in the face of pressing circumstances to trust God and His timing. But we can never do in our own strength what we can do in God’s strength. We can never accomplish in our own timing what God can accomplish in His.
Your situation may be pressing today, but remember that it doesn’t change what God has already spoken to you. His instructions and commands are to be followed. Don’t freak out and think you’ve been abandoned. Don’t think you’re gonna have to take the reins. Sometimes the hardest thing to do is to trust God in the waiting. Immediately after Saul just “did it himself”, Samuel showed up…
I encourage you (and myself) to place obedience to God as the first priority! You can’t prove that you trust the Lord without an opportunity to trust Him.
This is your opportunity! What are you going to do? 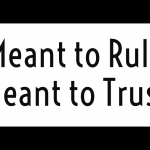 God blessed them and said to them, “Be fruitful and increase in number; fill the earth and subdue it. Rule over the fish in the sea and the birds in the sky and over every living creature that moves on the ground.” -Genesis 1:28

Now the serpent was the most cunning of all the wild animals that the Lord God had made. He said to the woman, “Did God really say, ‘You can’t eat from any tree in the garden’?”  -Genesis 3:1

We’re meant to rule over many things in this life as believers. Even from day 1 we were created to rule over all the living things of the earth. We were given authority by God himself over the animals great and small… including the serpent.

How crafty it was to speak to Eve through something she had authority over. Because of his words which seeded uncertainty and deceit in her heart, she ultimately doubted the word and intentions of God.

Don’t let something you were meant to rule over change your beliefs in what God has declared.

God still intends for us rule over many things with authority.

Behold, I have given you authority to tread on serpents and scorpions, and over all the power of the enemy, and nothing will injure you. Nevertheless do not rejoice in this, that the spirits are subject to you, but rejoice that your names are recorded in heaven.  -Luke 10:19-20

As God’s children we’ve been given authority through Christ! But even with victory and authority, we still sometimes allow situations and words to cloud our view and take us down. Fear, which doesn’t belong in our lives dictates our steps. Anxiety, which we’re told not to operate in keeps us from stepping into the place God is leading us.

These questions become real when we’re facing giants we’re meant to rule over. But rather than doubting, we must remind ourselves of the precious and TRUE words of God! YES, God did say that, and I believe Him. What if Eve’s response had been that simple? There’s no doubt the enemy would have tried again at an opportune time, yet she would have won each victory by simply trusting what God had said. What if she and Adam had simply talked about the encounter and conversation with God before allowing it to effect their lives and relationships?

Trust today! If something is speaking into your life, ask yourself this question… AM I MEANT TO RULE OVER WHAT IS SPEAKING INTO MY LIFE AND CAUSING THIS CONFUSION? If the answer is yes, ask God what He has to say about it! Remind yourself of what He’s already said! Talk to Him about it and LISTEN.

If you have questions, rather than acting out in disobedience to “discover your own answers”, talk about it with the Lord. He is the TRUTH.

Don’t let something you were meant to rule over change your beliefs in what God has declared. 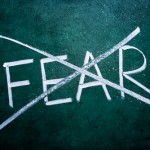 Do not fear, for I am with you; Do not anxiously look about you, for I am your God. I will strengthen you, surely I will help you, Surely I will uphold you with My righteous right hand.’

Nothing comes more natural to our human nature than fear. From being a child who is afraid of the dark, to being an adult who is afraid of failure, fear is very real. Our culture is constantly fueling the fires of this emotion by the popularity of scary movies and even the nightly news. We have mass shootings and terrorist attacks at public events and in schools. It seems that no one is safe.

Beyond the fear of these things happening in the world, we have our own personal fears. Fears regarding our success or finances. Fears regarding our parenting or even the lack of ability to become a parent. We fear the distant future. We fear what tomorrow may bring. We fear what others may think of us. There are so many things we fear, but this is not from God! (2 Timothy 1:7) In fact, His word is very clear on this issue. Do not fear!

That’s easier said than done. We can read this and know the LORD is commanding us not to fear, but our focus on the problems and what may happen has become so big that the command can seem impossible. I remember as a child, I didn’t only want to hear what I could or couldn’t do, but I also wanted to know why. “I don’t need to do this? Well why?” “I need to do that? Why?” I know this may seem childish; however, the explanation gives us understanding. That’s why we read on…. FOR I AM WITH YOU! Wait now… hold up… this almighty, all-powerful God is with me? That’s why I don’t have to be afraid!

If we just grasp the reality of His great love for us, and understand this truth that He is an ever-present help and will never leave us or forsake us…then, this prefect love will cast out our fears and we can rest in His divine peace. (Hebrews 13:5, 1 John 4:18)

If you’re struggling with fear today, shift your focus from the problem to the promise. Fight the fear with truth knowing that He is with you. You can trust Him!